Duration: Approx. 25 minutes
Composed at the request of Holland Symfonia 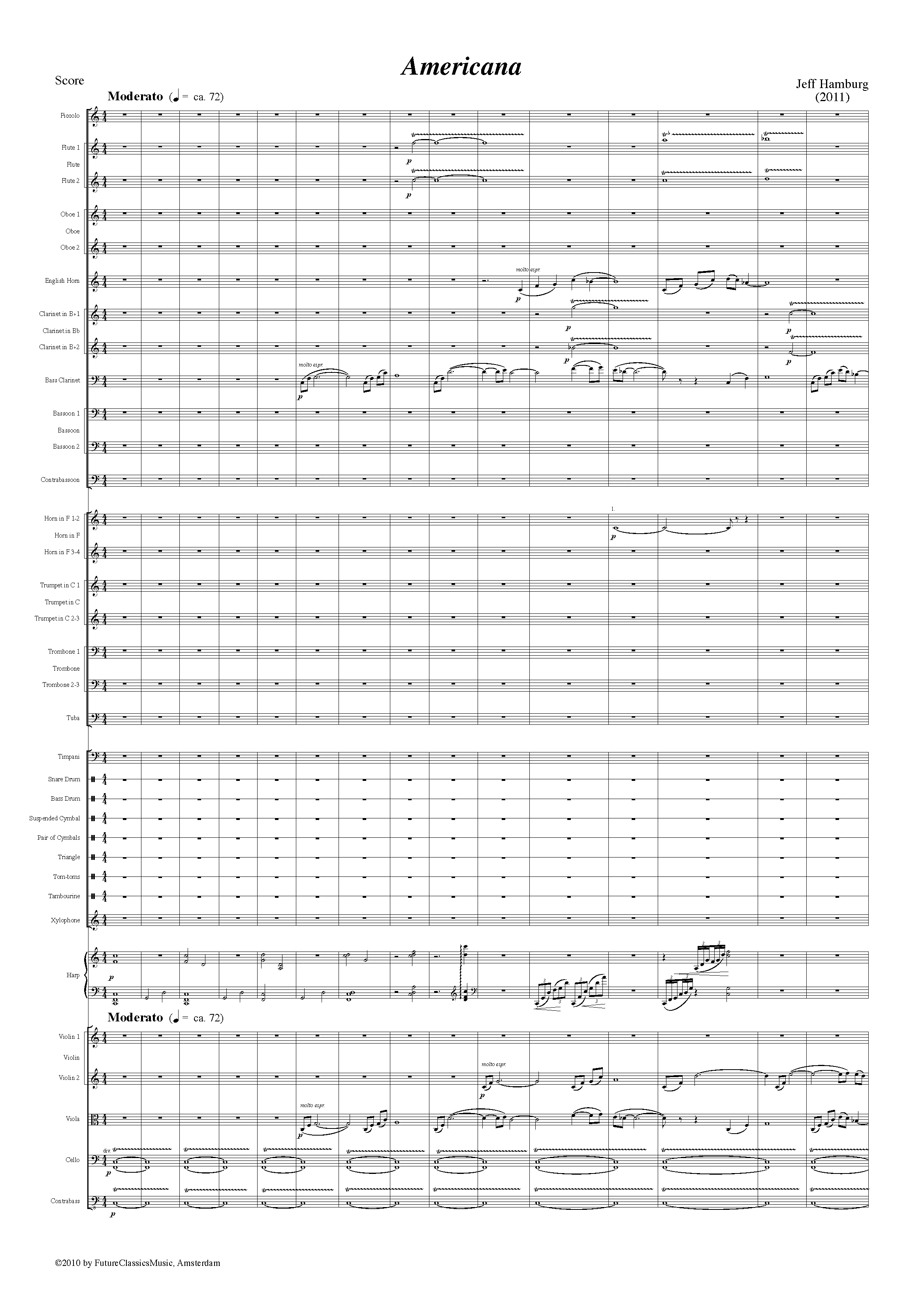 First performance was on February 26, 2011 in the Philharmonie, Haarlem, performed by Holland Symphonia conducted by Josep Cabalié Domenech.

Stamping march music, solemn melodies and broadly resounding brass conclude the newest piece by Jeff Hamburg. No, the composer leaves no room for doubt about where his inspiration comes from. His “Americana”, that received its world premiere Saturday, is a musical portrait of the United States. It made the piece into a kind of “New World” symphony, only in reverse. Whereas Dvorak left Czechia viewing America in his travels through European glasses, Hamburg made the opposite journey. He came to the Netherlands in his twenties from Philadelphia, studied with Louis Andriessen and rediscovered his Jewish background. In “Americana”, Hamburg recalls memories of his birthplace: the marching band music that he played in high school, the spacious countryside and his ancestors that arrived from the Ukraine penniless. It resulted in a very accessible, lyrical composition that is soaked in romantic tradition. We can hear the influence of Sousa marches, the grand vistas of Copland and the compelling power of film music. But the shape of a traditional symphony shimmers through the half-hour piece. For instance, in a masterful scherzo followed by a melancholy movement with an English horn solo reminiscent of Dvorak’s “New World”. A brilliant example of programming, giving an evening of American music a Dutch tint.