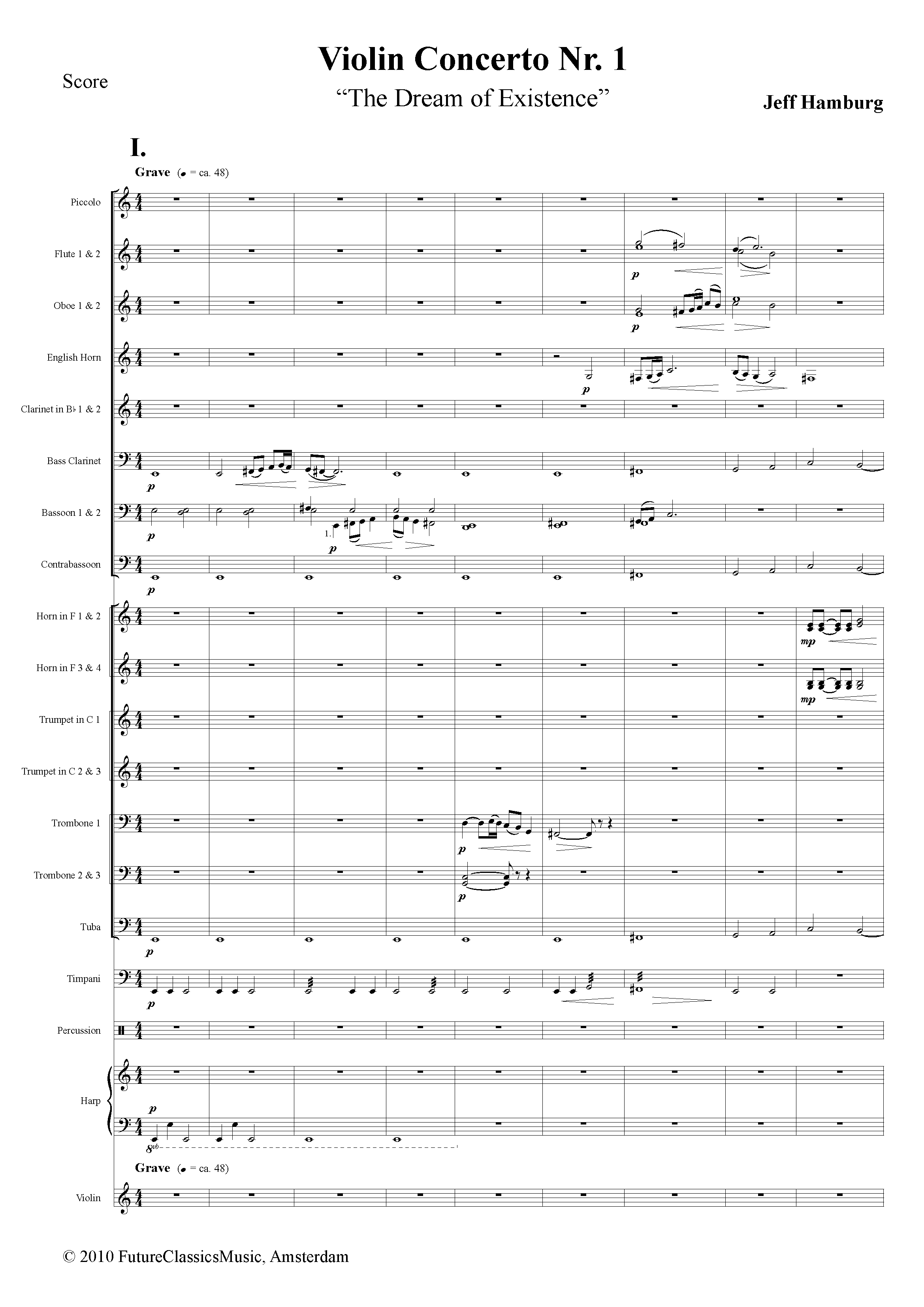 
First performance was on October 14, 2010 in the St. Marien Church, Flensburg, Germany, performed by Tobias Durholm, violin, and the Sønderjyllands Symfonieorkester, conducted by David Porcelijn.

Flensburger Tagesblatt, October 16, 2010 by Detlef Bielefeld<br/>
"Delicatessen from our Danish Neighbors"<br/>
Since David Porcelijn became Chief Conductor of the Sønderjyllands Symphony Orchestra, one can look forward to exceptional programs. During the most recent concert, everything came together: Porcelijn left the string section at home, presented a complete wind program in the Marienkirche, gave a first performance and even presented the world premiere of a virtuoso violin concerto. Composer Jeff Hamburg is a typical representative of an eclectic modern style, that doesn’t miss charming inspiration but consequently avoids the provocations of new compositional roads. Hamburg, who wrote his Violin Concerto Nr. 1 in four movements for the fingers of Tobias Durholm (concertmaster of the Royal Danish Kapel in Copenhagen), craftily mixes virtuoso bravura with tasteful passages – after a penetrating exposition in the Grave first movement reminiscent of a funeral march. Durholm used the broad palette of all of his timbres and technical capacities and was brilliant in the spectacular Finale movement